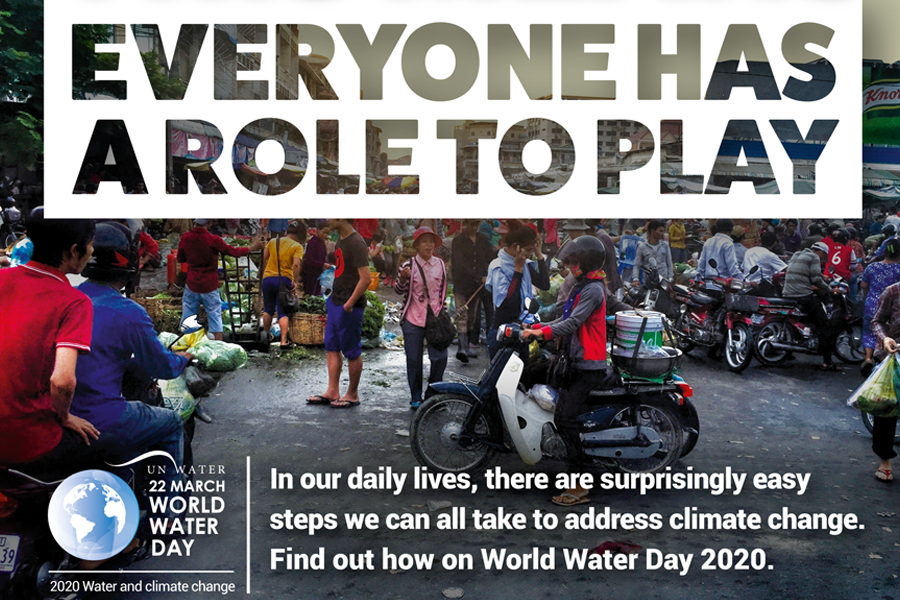 World Water Day, as every year on 22 March, is about focusing on the importance of water. The theme chosen this year “Water and climate change” is because the two aspects are fully linked.

World Water Day pays homage to this resource and raises awareness of the 2.2 billion people who lack access to safe drinking water. It also encourages action to address the global water crisis. One of the main aspects of World Water Day is to support the achievement of Sustainable Development Goal 6: Water and Sanitation for All by 2030.

This year it’s time to raise awareness of the relevance of good water use and the importance of water to reduce the process our planet goes through due to climate change.

Access to safe drinking water is a human right that drives development. Adaptation is largely a matter of common sense; for example, we’re going to be more careful not to waste water unnecessarily. According to current trends, by 2030 47% of the world’s population will live in areas with major water problems.

To the motto of “Everyone has a role to play”, this year’s campaign wants to show that in our daily lives there are several gestures with which we can join this movement for change.

As the world’s population grows, so does the demand for water, which depletes natural resources and causes environmental damage to increase in many places. Solutions include the protection of carbon sinks, such as oceans and wetlands, the adoption of climate-smart agricultural techniques, and increased safe reuse of wastewater.

We must urgently invest in water and energy-saving efficiency and energy technologies and promote behavioural change that reduces water and energy demands in all sectors using awareness campaigns, changing regulations and implementing new incentives.