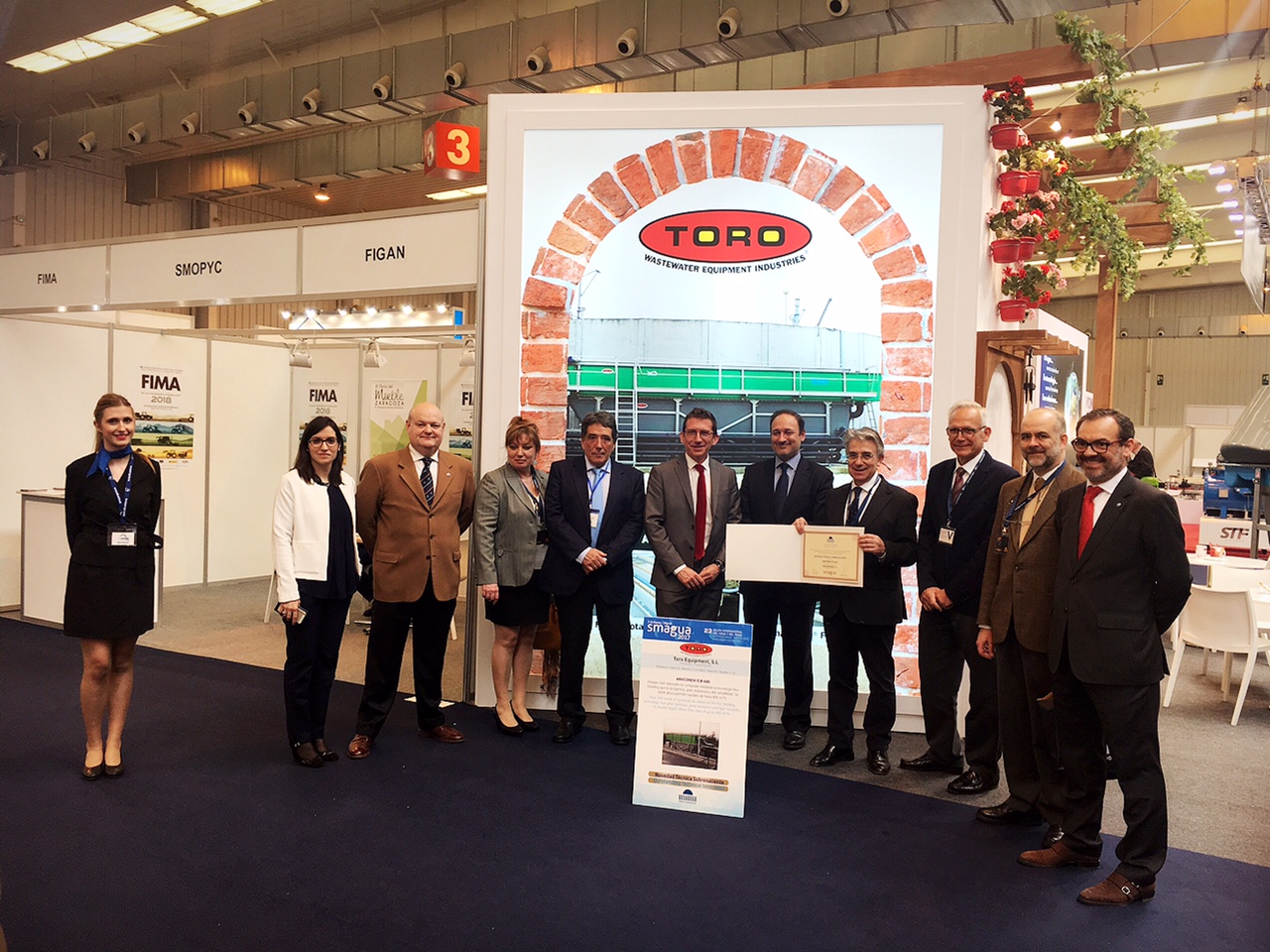 The award is granted by the International Water and Irrigation Exhibition Smagua 2017.

The jury has recognise the innovations offered by the Anaconda® FRL Dissolved Air Flotor unit. It is designed and manufactured by Toro Equipment. With this new product Toro Equipment extends the commercial offer to new sectors.