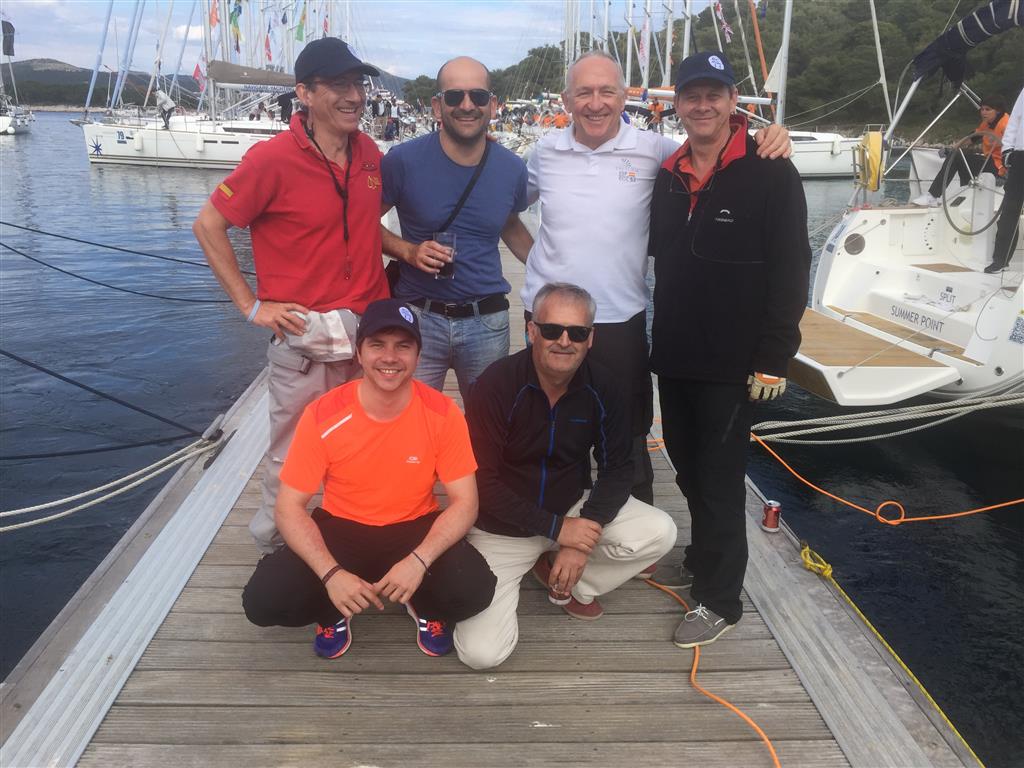 After bad weather forced to suspend the first two stages of the 24th edition of the Engineering Challenge Cup 2017, the Spanish Toro Equipment-Sayme Sailing Team has finished first in the first stage between the localities of Vis and Palmizana.

Maitreya -a 52 feet Sun Odissey sailboat- is the boat in which Toro Equipment-Sayme team members, skipped by Juan Vacas and Juan Carlos de Ana, complete in this regatta of the ECC Sailing 2017.

During the first day of the race there was a sad incident. The Skipper of one of the three Spanish boats fell into the water by a blow from the boom. He was rescued by helicopter by the medical services that confirmed his death. The second day became a day of mourning and the fleet toured without competition. From Toro Equipment, we sent our condolences to family and friends.

On Tuesday 9th normality returned after an emotional ceremony. The race was fought from the start to the passage by buoy. Toro Equipment-Sayme Sailing Team led first positions until the finish line. Today, our team have a new chance to do an outstanding race. Good luck!