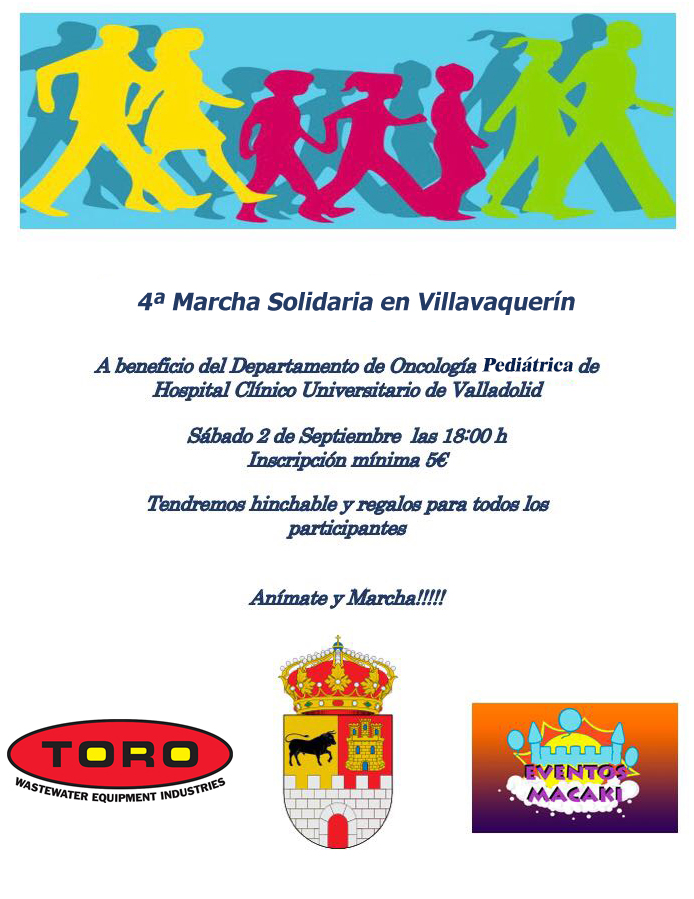 One more year, Villavaquerín‘s Town Council celebrates his patron saints´s fiesta in honor to Virgen de Prado from 2nd to 10th of September. As in previous years, the Charity March marks the preamble of fiesta which begins officially on Thursday, the 7th with the inaugural announcement.

The goal of this IV edition of Villavaquerín’s Charity March is to collect funds to the Department of Paediatric Oncology of the Clinical University Hospital of Valladolid. The march is planned on the 2nd of September at 18:00 and the minimum inscription is 5 € that going to be destined to provide resources to this department. During the day, there also will be bouncy castles for the kids and gifts for every participant.

Fight against cancer in one of priorities of developed societies in medical field. Everyone can contribute in a small way to palliate negative effects of this disease, specially between children. Initiatives like this make easier their stay and allow to enjoy the childhood like any child deserves.

Cheer up and march!!