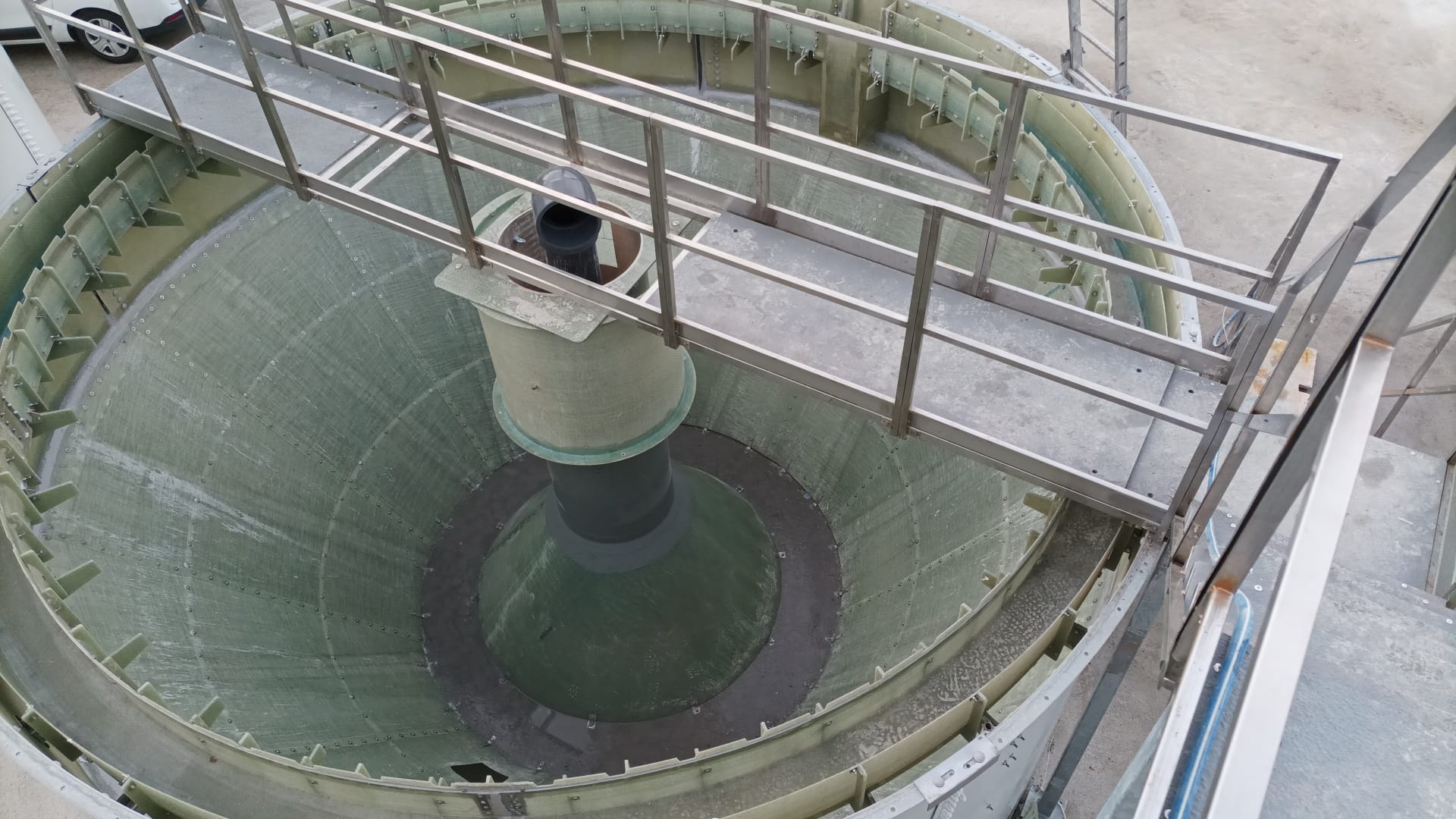 The prefabricated Clarifiers are made in Inox, steel or GRP in one single piece, reason which their diametre is limited to 4 metres, as this is the maximum size that can be transported. As of that diametre, the clarifiers are manufactured in pieces or in different parts on site assembly.

The prefabricated Circular Clarifier is mainly defined because the conicity. For a correct application in waste water a cone higher than 45º is needed in order to make the sludge fall away.

Even though, to make a cone or a pyramid of this kind in civil works, its expensive and make it for diametres of  big Clarifiers has another issue; they need to be very deep or make a multipyramid background, which complicates the purge systems.

As of, emerged the idea of the Scraper Bridge, created at the beggining of the XX century. At the beggining they were used in mines and quarries, afterwards, they are applied to the purge of waste water in biological processes. We could distinguish between two types of Scrapers Bridges: Central traction (mining and aggregates) and peripheral traction, more modern; This ones require to conduct electrical connections to the centre of the shaft through a friction gauge device. To install them we need a slab bottom with 15º of inclination and a Scraper Bridge for help the sludge to reach the centre and be purged.

Toro Equipment have developed a conventional static circular clarifier up to 10 metres of diametre. The Toro Equipment circular static clarifiers are made on site assembly, so that, the conoid bottom slab is not required. These Clarifiers have a settling surface between 15 and 80 m2.

Toro Equipment offers an interesting and advantageous alternative, especially for small Clarifiers. It is worth noting that their Clarifiers are created in GRP a material which provides a higher resistance against rust.