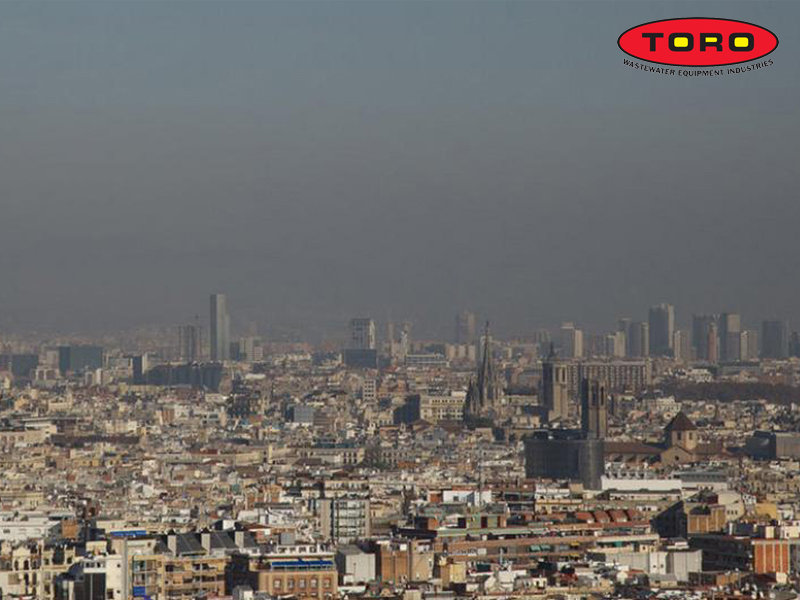 More several myocardial infarction happens when pollution levels are higher. A study of cardiologists from Vall d’Hebron demonstrate it

Tobacco use, alcoholism, sedentariness, unhealthy diet… The usual bad habits that provoques plaque build-up in the coronary arteries have a new ally, for the first time, pollution is considered a heart attack cause. The conclusion of the study is clear: In days with more pollution of PM 10 and PM 2.5, there are more myocardial infarctions.

The environmental policies that favor the pollution reduction would have a very positive impact in citizens heart health. “If the concentration of PM 2.5 were reduced 10 μg/m3, at least 7.67 % of the deaths that produce in the first 24 hours of a serious heart attack would be avoided, it supposes a reduction of 5 deaths in a year”, says Jordi Bañeras, researcher of the Center of Biomedical Investigation in Network of Cardiovascular Diseases (CIBERCV) in the Research Institute Vall d’Hebron (VHIR) and principal author of this study.

Another study, this time the last one of the Global Burden of Disease has affirmed that the environmental pollutants cause at least 21,000 deaths a year in Spain. This worrying number is a conservative estimation since “only it bears in mind the risk factors on which exists a fullly confirmed causality”. Worldwide, the air pollution is the direct reason of 6,5 million deaths. It has thought that in 2015 16% of premature deaths in the world will be caused by the pollution in any of his forms, that is to say, one of every six persons will die because of the pollution.

The study was published a few weeks after numerous cities of Spain should have established pollution alerts. La Coruña, Barcelona, Granada, Guadalajara, Spain, Lleida, Madrid, Murcia, Salamanca, Santander, Sevilla, Valencia, Valladolid or Zaragoza were some of the localities that overcame the limits of particles in suspension in the air (PM10 and PM2.5) or of dioxide of nitrogen NO2.

This situation is relatively new in Spain. It was already known that pollution levels in some cities were unsustenable. But controversy has been produced by the measures adopted. Concretely, the measures taken by Valladolid and Madrid Councils, the only cities in the list that they have taken steps to relieve this situation. The majority of these measures are related with restrictions to the traffic, to the parking or speed limits. Something that is justified because of particles PM 2,5 are the issued ones for the diesel engines and the most related to the hearts attacks.

During June an action plan against pollution was established by the first time in Valladolid. The surprise of the citizens was huge. Many of them were skeptics with regard to the pollution levels in a city of average size and three hundred thousand inhabitants. In October and November, the levels overcame again the limits and councils had to take measures one more time.